Why ask for action when you can take it? 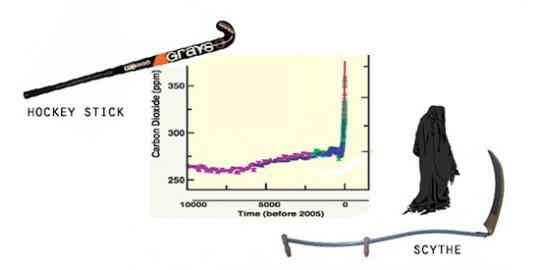 Climate change. What more is there to say? For anyone still under the impression there's some kind of debate (a belief easily achieved by reading The Australian) NASA reports that 97% of climate scientists agree – it's people causing the planet to perspire.

But then again, why trust NASA? All them fuzzy headed lentil munching astrophysicists would be out of a job without their self serving greenie conspiracies.

Same goes for The American Chemical Society, the International Monetary Fund and The World Bank, advocating their whimsical carbon abatement waffle. And The International Energy Agency (hippies) who reckon we're on track for a 6 degrees saucing. And what about those (former) climate change deniers like Richard Muller and Bjorn Lomborg? Clearly their meticulous investigations into CO2 have asphyxiated their brains and now they're sucked in by Santa Change too. But not this guy: 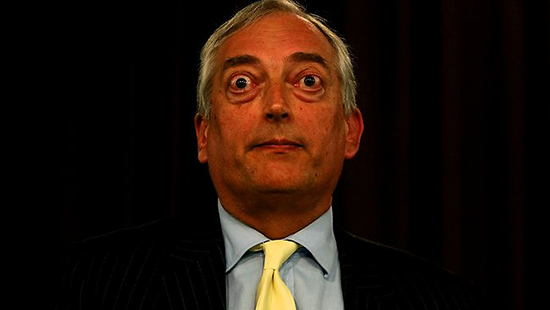 This guy, known as Lord Monckton (because that's what he tells us his name is), isn't convinced about climate change. Ironically, the House of Lords isn't convinced that Christopher Monckton is a Lord, mostly because he's not. Christopher disagrees. Consequently, the House has made public its request that he cease and desist in claiming to be a member of the upper house of parliament.

But I digress. We're talking about a serious debate, right? I mean even our leader, our beacon, our Prime Minister doesn't believe in science, I mean climate change. He does believe in climate change? Oh yeah, he does now (brain delete “the climate change argument is absolute crap”), he just doesn't think it has an impact? Or that we should talk about it during bush fires? Or take any action?

No no, he's got a Direct Action Plan that's so full of action they've put the word “action” in its title. Only some people don't think the plan is that good, like 33 out of 35 economists (ferals) from Australia's leading universities interviewed by Fairfax. One of the two economists who did think the plan was good, UQ professor Paul Frijter, said he'd not describe it as direct action but simply as no action.

Notwithstanding Paul's unhelpful comments, let's take Tony on his word, believe that he takes climate change seriously (brain delete appointment of Maurice Myth of Climate Change Newman as chief business council adviser), is concerned about the impacts already taking place (brain delete “complete hogwash” and “talking through her hat”) and is right now implementing effective strategies to mitigate future impacts (brain delete the abolition of the ministry of science, the ministry of climate change and Climate Commission; CSIRO sackings; the push to dismantle the Climate Change Authority, Carbon Pricing Mechanism and Clean Energy Finance Corporation. And the immanent demise of federal environment legislation. And the failure of any senior minister to make it to this month’s global climate talks. And the whole coal industry subsidisation and expansion thing. And the defunding of the renewable energy sector). Ummmm.

The other questions are easily answered and have been thousands of times: yes, yes, yes, enough that we need to stop, yes, everyone, anything that makes carbon emissions go down instead of up. It's not rocket science, but NASA's onto it.

The reason people who talk honestly about the impacts of climate change are called alarmist is because the topic is genuinely alarming – there's no way to sugar coat global devastation. Things are looking bad and they're going to get worse. And really, things are already worse for lots of people around the world. We knew this many years ago and the knowing keeps piling up. So why are we still acting as though we're hoodwinked? Forget taking decisive action, we're still afraid to use decisive language. It's time to say it like it is.

On Sunday 17 November, 60,000 people across Australia called for more action on climate change. Again. Tim Flannery told 30,000 in Melbourne that Australians must make their voices heard.

"The simple truth is this: that we cannot leave a matter as important as climate change to the fickleness and whim of Australia's politicians."

Good. As former chief of the Climate Commission abolished by the Coalition, Tim is well placed to talk about taking things into our own hands. It only took one week to raise $1 million through crowd funding to get the renamed Climate Council back in action.

So let’s cut out the middle man because he's clearly taking the piss. Can we please stop asking our politicians for action on climate change and just say it like it is – we're not deranged, we can see that the Emperor is a twit, willfully choosing actions that are killing life and positioning the planet more precisely on the tracks to hell.

350.org is an international organisation whose original goal was to ensure we kept the concentration of carbon in our atmosphere below 350 parts per million – a level deemed the safe upper limit by many scientists. We're now around 400. 350.org don't talk about climate change, they talk about climate crisis. They think companies that have a long term plan to stick to fossil fuel extraction are criminal and treat their behaviour as such.

While important environment organisations in Australia focus on lobbying government just enough to maintain cooperation towards inadequate attempts at reaching inadequate goals, 350.org are demanding that the fossil fuel industry immediately stop exploring for new hydrocarbons, stop lobbying to preserve their tax breaks and pledge to keep 80% of current reserves underground forever. “Our demands to these companies are simple, because they reflect the stark truth of climate science,” they say. Some may think their demands are a little high. That's a hell of a lot better than futile.

In any case, 350.org aren't really asking. While governments and industries fail to respond, 350.org are busy picking off their investors with the help of thousands of people who are divesting from the fossil fuel industry themselves and pressuring their institutions to do the same.

There are 350.org collectives in five Australian states/territories, telling their universities to end financial fornication with dirty coal. There's plenty of Australian born groups taking the point blank approach as well. In Melbourne, Quit Coal is employing direct action in the true sense of the phrase to bring the end of coal out of our dreams and into our lives. Rising Tide brings hundreds together from up and down the east coast to block exports from our country's largest coal port in New Castle. Beyond Zero Emissions has mapped out a fully costed transition plan for getting Australia to zero emissions in ten years. Climate Code Red do not cease to implore for an appropriately urgent response to this emergency situation.

The time for debating and convincing is well past. Lord Monckton and Lord Abbott are not going to change their minds. The people with the power to abate this life threatening catastrophe who instead are doing the exact opposite, should be spoken to and of like the wanton destroyers they are – above all those who are profiting from our demise.

We've done denial, debating, and dancing around, we've done the limbo and the hot shoe shuffle. We've done polite, encouraging and lifestyle change, we've tried not to be too scary and say no worries. And the results are truly terrifying. People care less about climate change now than they did ten years ago.

As the scary (and successful) Steve Buscemi said in Armageddon, it's time to embrace the horror. That carbon level graph – have you actually had a look at it? It's not shaped like a hockey stick people, it's shaped like a scythe. So hug the horror tight and let it propel you to amazing new places and possibly even change the world.