Stop Aboriginal Deaths in Custody - 30 years since the RCIADIC 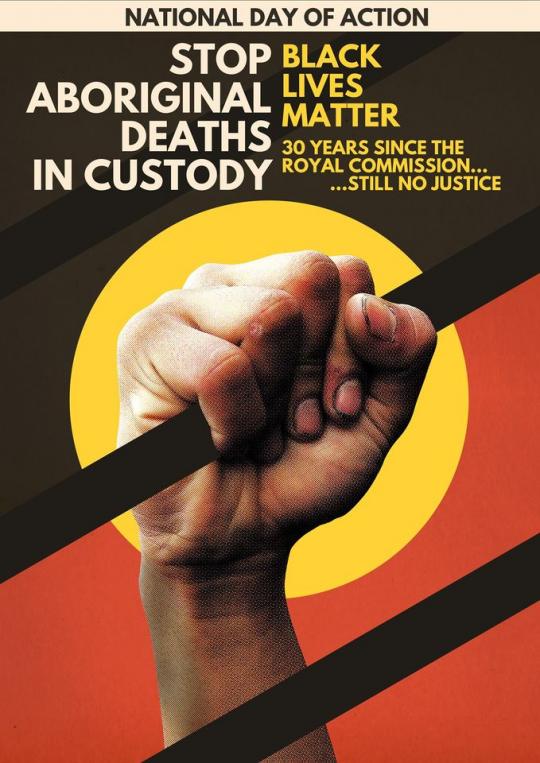 April 2021 marks 30 years since the Final Report was released following the Royal Commission into Aboriginal Deaths in Custody.

This report outlined fundamental changes necessary to stop the epidemic of deaths in custody. Central principles were the need for Aboriginal self-determination, an end to racist control by the state, and stopping the obscene numbers of Aboriginal people from being taken into custody.

These core recommendations have not been implemented. 30 years on and the situation is worse than ever.

There have been more than 440 Aboriginal deaths in custody since the report was released. In 1991, an average of 2140 Indigenous people were in prison on any given night. In 2020, these numbers had exploded to more than 13,000 people - the highest rate of incarceration of any group of people on the planet.

5 ABORIGINAL PEOPLE HAVE DIED IN CUSTODY IN THE LAST 2 MONTHS.

Join us on the streets on April 10 to demand justice and self-determination.